Many meat-eaters have a fairly poor understanding of vegan food. In fact, there seems to be quite a large divide because people believe that you should only stick to one type of diet and never change. However, most humans are omnivores and are fine with eating both plants and animal products, so there’s really no reason why you can’t try vegan food.

So here are a couple of great reasons why you should give it a try.

Learning to cook vegan meals can accommodate guests and family

There’s no avoiding the fact that some of our friends and family members may try going vegan or even fully commit to the diet. If this is the case, then learning how to cook vegan meals or even just being more open to eating vegan food can be really accommodating. For example, you could learn a matcha ice cream recipe and serve it as a dessert after a vegan main dish, or you could try to learn vegan recipes as a slightly healthier alternative to what you’d normally eat with your family.

There’s no denying that there are some absolutely delicious vegan meals out there. In fact, there are entire restaurants dedicated to vegan cuisine and we can’t ignore just how delicious it can be if you’re willing to try something new. It can open you up to a completely new world of flavours and textures, so don’t hesitate to give it a try. There are some flavours that you can only get from vegan food due to the way foods are prepared.

Vegan food can be a really healthy alternative

Vegan food can be an alternative to the meals you normally eat. For example, if you’re accustomed to eating a lot of fatty meats and salty dishes, then you can switch to a vegan-like diet that incorporates some of the flavours and ingredients that vegans would use. A great example of this would be eating a vegan alternative like vegan cheese instead of dairy cheese. This can be great for people that are lactose intolerant, or perhaps they don’t like strong cheeses and would like something a bit milder.

You can also start making meals quickly and easily with food prep and vegan meals. These are much like healthy fast food meals that you can prepare in just a few minutes. It’s a great alternative to fast food and much better than microwave meals because you know exactly what’s going in them.

While there are many reasons to go vegan, you don’t have to fully commit to being a vegan just because you’ve tried a few vegan dishes and meals. You’re free to enjoy whatever food you like and you shouldn’t be afraid of trying out some vegan food now and then. It’s different, it’s healthy, and it can give you a different perspective on the cuisine that opens you up to new flavors and textures. 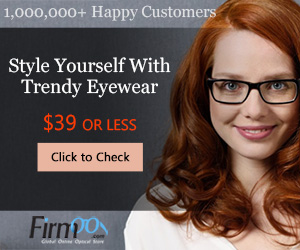